10 Rare Fruits and How They Taste

They say an apple a day keeps the doctor away, but what about a tamarillo? Or a cherimoya? The selection of fruits you see at your local supermarket may seem extensive, but it is only the tip of the iceberg. 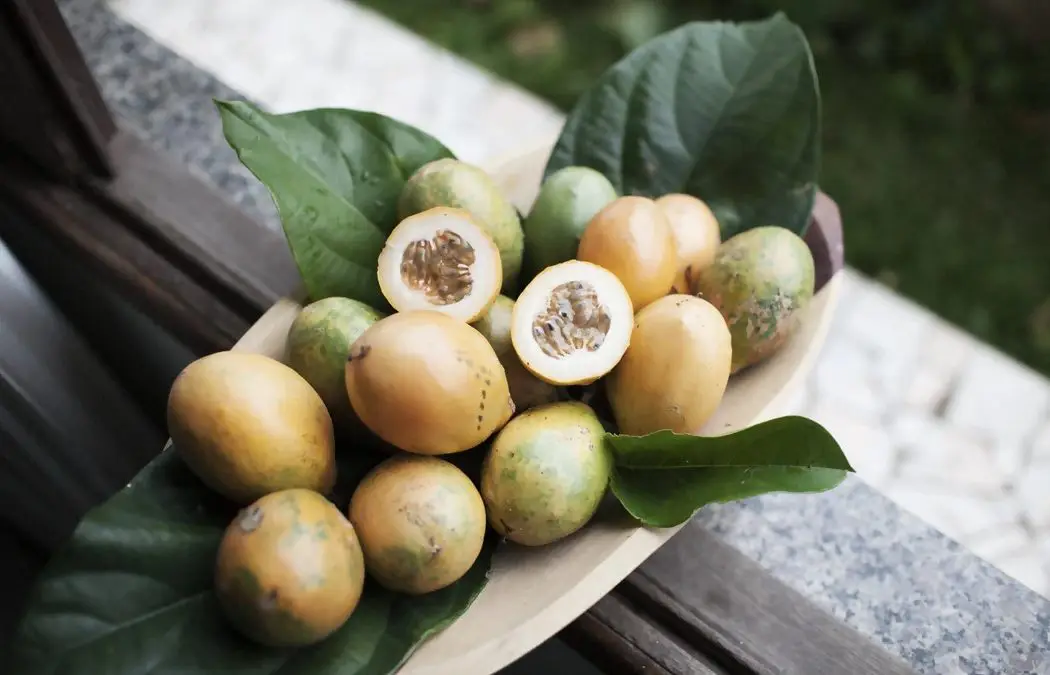 Though not as commonly known as apples or avocados, there are plenty of other fruits considered delicacies in countries around the globe. Rather than settling for the bland sweetness of a banana, more people should explore the exotic and delicious flavors of the less familiar fruits. From starfruit to durian, let’s discuss 10 exotic and unusual fruits that deserve more recognition.

Synsepalum dulcificum, more popularly known as a magic berry, is a red berry native to tropical West Africa. In 1725, an explorer named Chevalier des Marchais noticed the native people curiously chewing them before meals. He soon realized that the natives were consuming the mysterious miracle berry to enhance the flavor of their foods, particularly those that were dull or sour in taste. Though the magic berry itself actually does not taste like much at all, it packs a big punch! After consuming one of these special berries, the flavor of foods you consume afterward will surprise you! Foods that would usually be sour will taste exceedingly sweet.

Scientists have isolated the protein responsible for this miraculous effect, dubbing it miraculin for its extraordinary ability to alter the flavor of food. Every person has several different types of receptors on their taste buds to help them discriminate between sweet, sour, bitter and savory tastes. Miraculin binds strongly to these receptors found on the human tongue, and because miraculin changes shape when exposed to acids, it causes corresponding changes in the way the receptors on our tongue respond to these acids. Basically, miraculin in the berry rewires the sweet receptors to identify acids as sugars instead. So if you were to bite a lime, for example, your sweet receptors would fire, making you perceive a sweet taste rather than sour!

Native to southern Brazil, a certain species of the passion flower is cultivated for its sweet, seedy fruit. This is the passion fruit: a round berry with a soft, juicy interior filled with many seeds. The fruit can be eaten and juiced, and the juice is commonly added to other fruit juices to enhance aroma.

Despite its Brazilian origins, the passion fruit has slowly but surely begun to make its way around the globe! Recently, passion fruit has become particularly popular in the United States. Known not only for its delicious taste, the passion fruit has an impressive list of health benefits. To name a few, the fruit enhances digestive health, boosts immunity, aids diabetic treatment, and more. Its mouth watering flavor and variety of nutritional benefits have made it a wildly popular ingredient in smoothies.

Grown in mostly in Asia, yuzu trees are fairly dense and rapidly growing evergreens. When grown in their ideal conditions, they create perfect citrus fruits that are ideal for dessert! However, they can also be pruned if necessary to restrain their growth. The fruit of the tree holds many seeds, and the taste is mostly sour. It is tart and fragrant, with the vague flavor of a mandarin orange. This fruit is often used to make vinegar.

Though many have not heard of the fruit before, it is far from obscure. Many Asian desserts use the citrus flavor, like boba tea, fruit mousses, and even cream puffs. It adds a lot of acidity, but tastes even better when paired with the mberry fruits from Mberry.

Native to South America, the egg shaped tamarillo has been referred to as a “tree tomato.” Not only are the seeds larger but, the taste of the unique fruit is far different from that of a tomato: the flesh is juicy and the flavor is sweet yet tangy.

Though the tamarillo can be consumed raw, there are plenty of ways to incorporate it into other dishes! A popular use of the fruit is to make a delicious tamarillo toast: this delicacy is usually prepared by placing sliced pieces of the fruit onto toast, and sprinkling on some cayenne pepper and garlic powder. Bon appétit!

The bergamot orange has glossy green, deciduous leaves and light gray bark. While it’s less sour than a lemon, it has a more bitter taste. It has a strong, aromatic fragrance and is often used to make essential oils. The fruit is green like a lime and the flower consists of five pearl-white petals.

The kumquat plant is indigenous to China. In fact, the English name “kumquat” derives from a Cantonese word that translates to “golden orange” or “golden tangerine.” Now, the kumquat is also grown in several other countries, including warmer areas of the United States, such as Florida and California.

The juicy flesh has a particularly sour, citrus tang compared with other citrus fruits. Yet surprisingly, in contrast with other citrus fruits, the peel of the kumquat is sweet and edible. When the fruit is eaten whole, the clash between the sweet peel and tangy interior creates a unique and surprising taste! This peculiar combination of flavors is reminiscent of the experience when eating a magic fruit. Both fruits give contradictory signals of sweet and sour, overwhelming your taste buds in an exciting mix of flavors. Imagine how it would feel to eat the two at the same time!

This tropical fruit may have originated in India and made its way to China through the migration of Buddhist monks. It has the appearance of a crazy lemon, and there are at least six different types. While many of these fruits grow in China, California now grows Buddha’s hand too. The Buddha’s hand emits a strong, lavender-like fragrance.

It’s not ideal to eat the Buddha’s hand by itself; although it contains few seeds, it also has more rind than flesh. Nevertheless, it makes a great zest that tastes great in cocktails, with dessert, in a marmalade, or with a vinaigrette. Try Buddha’s hand zest with Mberry to make it sweet.

The medium sized tropical fruit soursop is plentiful in the West Indies and northern South America. It grows on a bushy, low-branched tree. This adaptable plant can grow wild or cultivated, as well as in both low and high altitudes.

Upon first glance at a soursop, you may be confused on how to eat it, but it is easy to cut and the fruit inside is quite creamy. These fruits are often incorporated into desserts, but due to their mild and somewhat tangy flavor, they taste great with MBerry. Just be careful not to eat the soursop seeds, since they are toxic!

These small fruits might look like little watermelons, but they actually taste like sour cucumbers. Each fruit is about the size of the grape, and it has some of the same health benefits of both watermelons and cucumbers. They grow in warm climate and are most commonly found in Mexico and Central America. Also called sour gherkins, cucamelons can be eaten whole – skin included. They make for a perfect salad garnish or party snack to pair with Mberry.

Horned melon fruits certainly look strange, and their flavor is much the same. They are native to Kalahari, Africa and also grow in New Zealand. The lime green interior is refreshing, but somewhat sour. This exotic fruit is low in calories and rich in antioxidants, plus it is extremely hydrating. The seeds are somewhat big, so some people like to suck on the seeds until the outside fruit has been completely consumed.

When the average person hears the word “fruit,” his mind tends to go to more commonly known fruits such as a banana or a pear. Yet clearly, there are a huge variety of equally delicious fruits to be discovered! Consider branching out, and you might be surprised. To not even try these exotic delicacies would be an injustice. So next time you are at your local supermarket, look past the oranges and grapes and see if you can find a kumquat or a tamarillo. They might become a staple in your household!

At MBerry, we’re all about new flavor experiences and exciting flavor palettes. Check out our mberry Miracle Berry Freeze-Dried Fruit or our delicious Miracle Berry Fruit Tablets to give your taste buds something new. 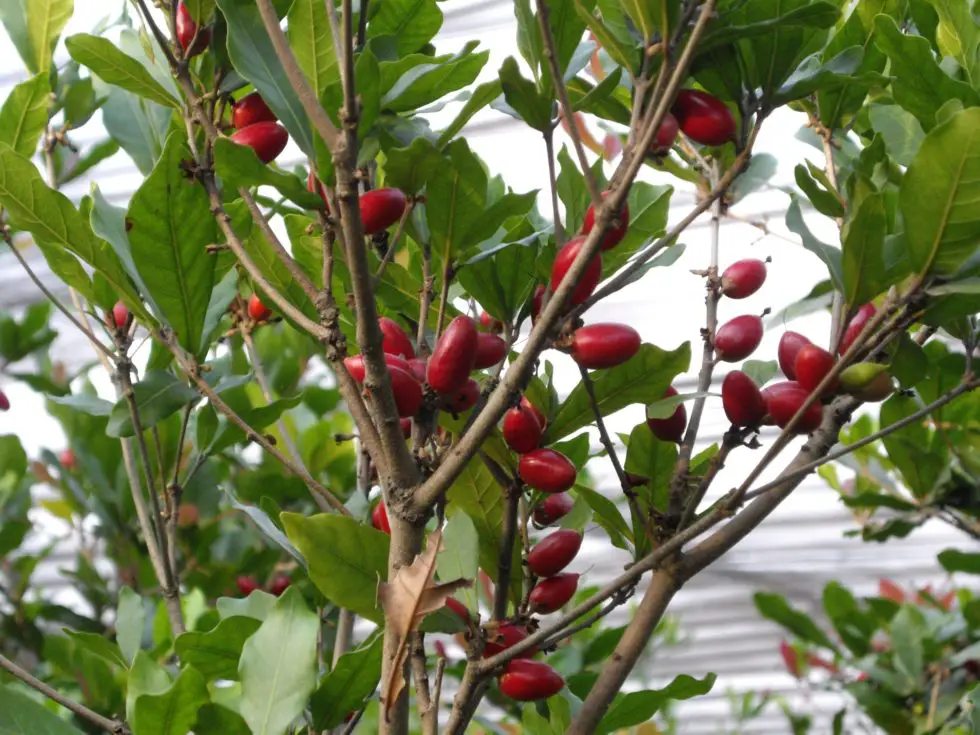 The Fruit that Changes Taste Buds: How It Works

Picture this: you attend a party with your friends, and someone offers you a plate of appetizers and a tablet. You pop the tablet in your mouth, and before you know it, you are experiencing things in a completely different way. 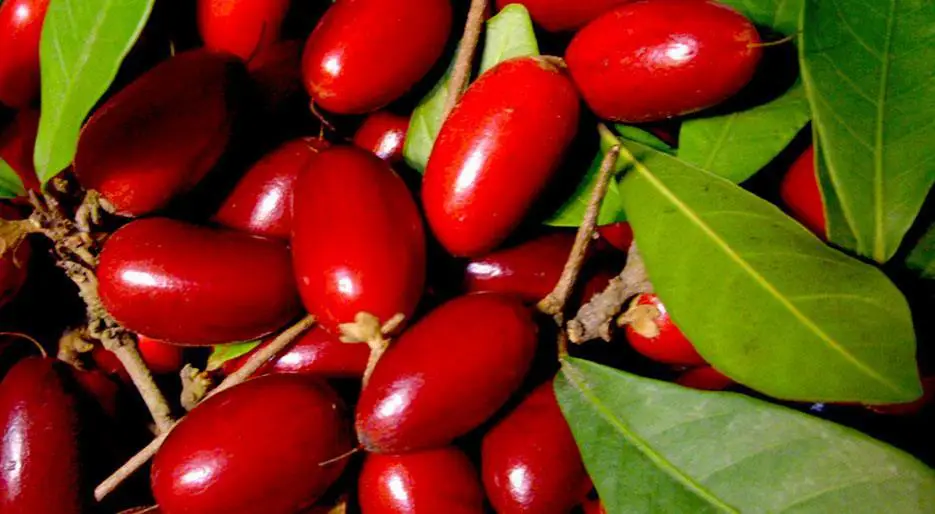 The History of Mberry

Having trouble getting your child to eat their vegetables? Looking to lose weight but reluctant to sacrifice flavor in your diet? Curious about what the “flavor tripping” craze is all about? Miracle berries offer a solution to each of these problems as well as others!